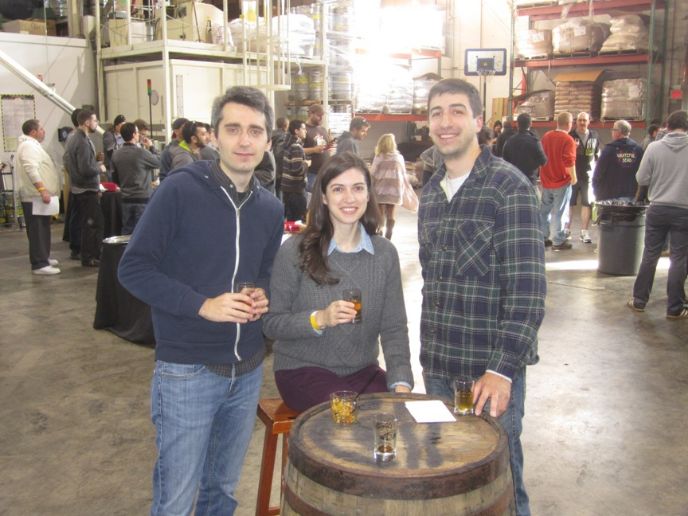 No one is exactly sure when Captain Lawrence last released its Cuvee de Castleton, a Belgian-style sour ale named for the Pleasantville street where the brewery was hatched, and likely the Captain’s most sought after brew ever. What is known is that Captain Lawrence has been in Elmsford for close to four years, and this is the first Cuvee de Castleton release at the new digs along Saw Mill River Road.

Either way, it’s been too long, and people came from up and down the coast to pick up their 375 ml bottles, at $15 a pop, of the fruity, tart and tangy golden ale, refermented with muscat grapes and aged for a few years in oak. Tom Lillard, Damico Ponzio and Mark Cincotti made the trip from outside Philadelphia. Tom recalls schlepping to Westchester years ago for the last Cuvee release. “It’s nice knowing you’ve spent the money and are guaranteed beer,” he says of the prepaid system that took the place of the former show up/line up/keep fingers crossed supplies don’t run out one. “You get a taste of everything, and you get your bottles.” 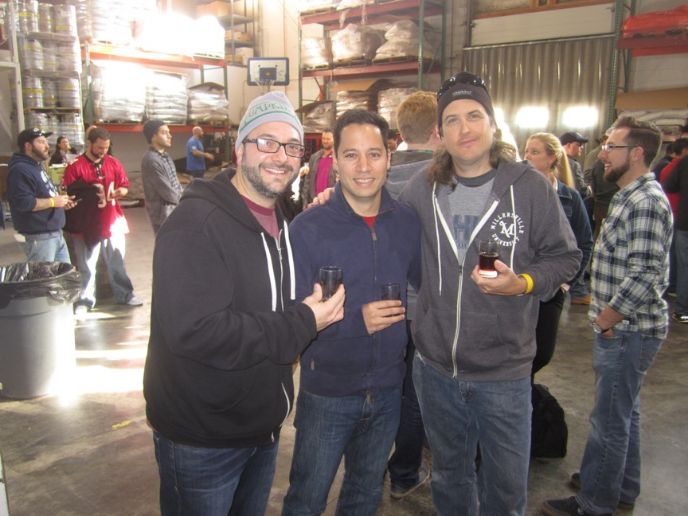 Tom will keep a couple of the bottles for his wife and himself, and share a few with friends. Damico will try one or two, and let the others age; like a fine wine, the sour ales morph and evolve while in the bottle. The new Cuvee, Damico says, is “freaking amazing.” The sizable crowd queuing up for their bottles, he says, is proof: “It speaks to just how good the brews are.”

Like Tom, many in the brewery space were here for the last Cuvee de Castleton release (and likely the one before that), and cleared their schedules to be here for this one. Brandon Smith of Brooklyn, in attendance with his wife Ellen and her brother Steve Verdibello of Eastchester, recalls bunking down at a nearby La Quinta hotel to be on Castleton Street at the crack of dawn to hopefully score a few bottles of Cuvee. “I barely slept,” he says.

“You didn’t sleep,” notes Ellen, who’s heard the story before. “Your roommate was snoring all night.”

Ellen notes the “bready finish” of the new Cuvee. “It’s not as one-note as a lot of sours,” she adds.

Brandon likes the new pay-in-advance process more than the old bakery-line ticket approach. “This is much easier than last time,” he says with a smile. 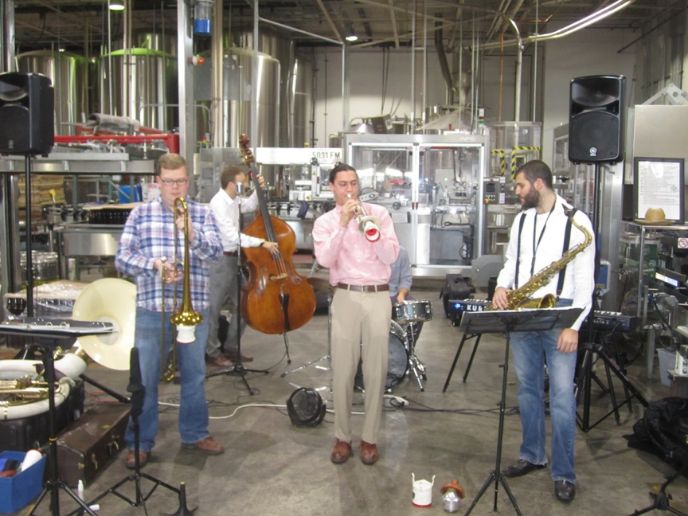 The fittingly titled Bottoms Up Dixieland Jazz Band fills the room with homey American ragtime. Several grub stations keep visitors well fed. Rich Fadigan and Adam Pardes are on a road trip from Philadelphia, with a clear cut mission at hand. “We’ve got a big group of friends back home that loves sours,” says Adam. “We’ll bring some back for them.”

Whenever Captain Lawrence has a sour ale event, Ross Spiegel of Oradell, NJ, Alex Dacey of Easton, CT and Louis Ziccarelli of Brooklyn are sure to be there. “We were the first ones to get tickets for Sour’d in September last year,” says Ross proudly.

The only one missing is Ross’s wife Anne Marie, stuck at home working on her thesis.

Alex schedules his vacations around sour ales. “I’ve been to Belgium four times,” he says, and has hundreds of bottles aging in his basement.

An admitted foodie, Louis loves how sours pair up with food. “It’s a great new take on beer,” he says, a fan since falling in love at Allagash Brewing in Maine years back.

Alex has the future of his beers all planned out: One will age for three years, one for a year, one for six months. That leaves one. “I feel like this one will pop next month,” he says with a lustful look in his eye. 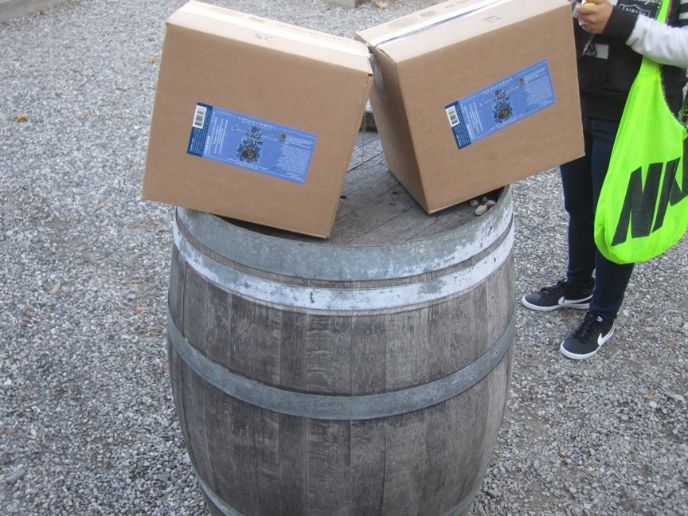 The mood is festive. The line for bottles is long, but there’s no line for samples. With plenty of beer, food, music and friends, no one seems to be in much of a hurry.

CL owner Scott Vaccaro takes it in with a smile. He recalls the first Cuvee De Castleton release, all of about 20 cases, back in 2007. “It’s the first sour we brewed and it instantly gave us notoriety,” he says of the Cinderella-story gold medal it won at the Great American Beer Fest.

Fans of the sours won’t have to wait long for the next release. “We hope to do one of these a month in 2016,” says Scott. “We didn’t buy all those barrels and a new bottling line to not make beer.”