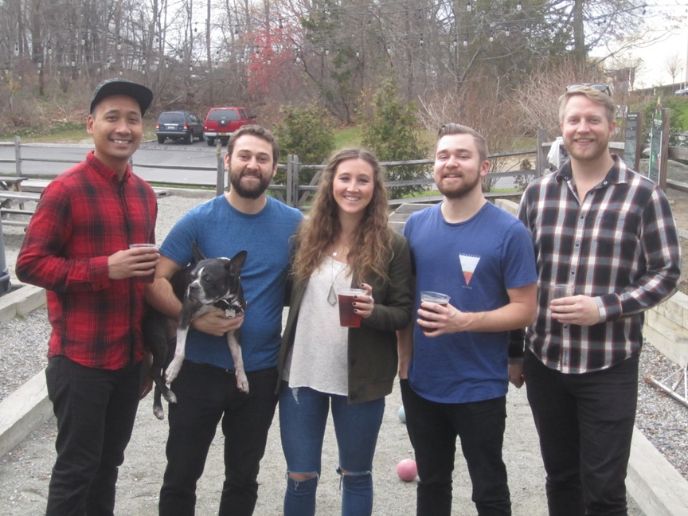 Oh, The Weather Outside is Delightful

The mercury crossing 60, it is–as Nathan Lyons of Brooklyn puts it–“t-shirt in December” weather. And so Nathan, and many others, are making the most of the meteorological gift from the gods and enjoying outdoor activity—in this case, craft beer and bocce on the Captain Lawrence patio.

“We’d been here before in the summer,” says Kerri Rogers, also of Brooklyn. “It’s so nice out, we figured we’d take full advantage of it.”

Despite the unseasonable temps, the group is enjoying some full-on winter brews: Kerri and Nathan have the Winter Ale (“Really easy drinking,” Nathan says of the toasty, malty brew), while Derek Chanter, visiting from Tampa, has the Frost Monster imperial stout. “For a high gravity beer,” he says of the 11% ABV powerhouse, “it goes down pretty well.” 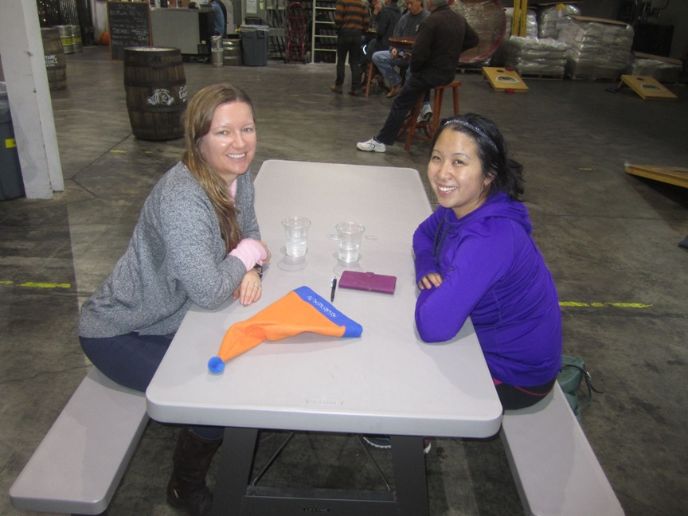 Surprisingly, not more people are on the patio. Then again, the indoor beer garden—tables and barrels and a band set up inside the actual brewery—is still novel enough to lure people in. Eunice Cheung of Tarrytown took part in a 5K run along with her Regeneron company-mates before the group retired to Captain Lawrence for some well-deserved beers and a game of cornhole. She and Adrianna Laduszek of Sleepy Hollow enjoyed the Winter Ale.

“On the light side,” adds Adrianna.

Eunice says the beer tastes better after exercise. “It always seems to be a thing with running,” she says.

Alas, Adrianna pokes a hole in the theory. “I didn’t run,” she says. “And it still tastes really good.” 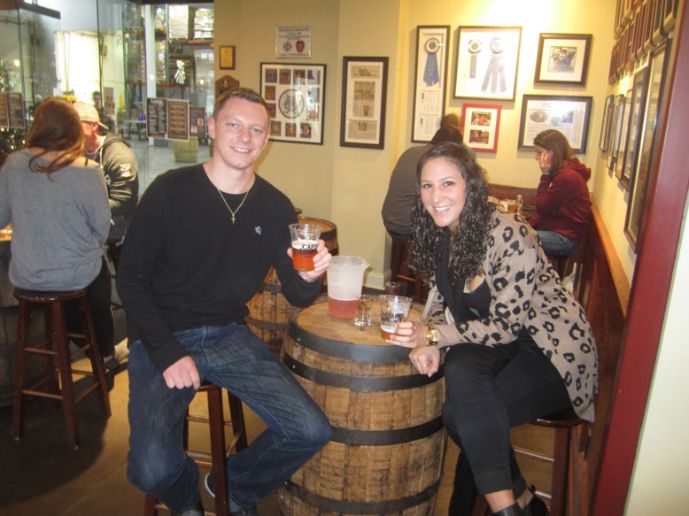 Adrianna seems to be the hot name in the brewery; Adrianna Restiano of White Plains is sharing a pitcher of Palate Shifter imperial IPA with Max Weiss, too of White Plains. “We’ve been here many, many, many times,” says Max. “Before Adrianna went to work, she said, ‘We’re going to Captain Lawrence after.”’

He describes the imperial IPA as “very easy drinking.”

Work was done, the Christmas shopping was nearly completed, and a wide open day presented itself to the couple. “We just wanted a fun Saturday activity,” says Adrianna.

Same goes for Robert Guazzo and Melissa Garza, who popped in to the tasting room en route to their weekend home upstate, to stock up on beer, and try what’s new. For the duo, it’s a pair of small-batch brews—she’s got the Jersey Devil IPA, he’s got the Hoppy Holidays. “You expect holiday beers to be spicy, but this is just clean,” says Robert, who proudly tells of wearing a Captain Lawrence hat to Maccu Picchu on vacation. (“My go-to hat,” he explains.) 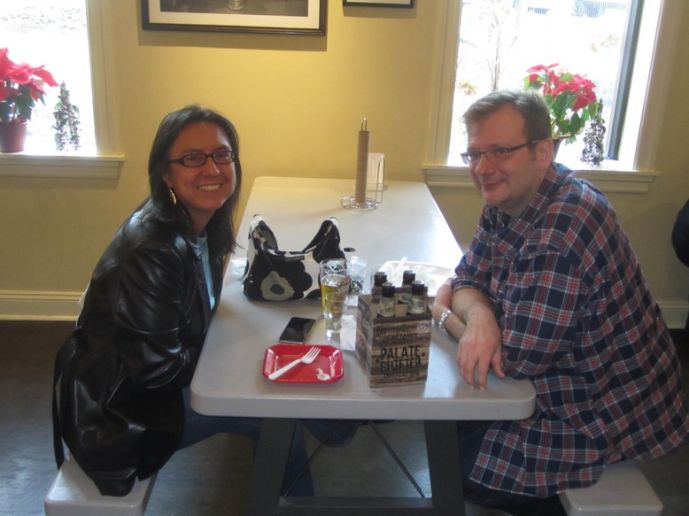 Melissa offers a logical explanation why they’re not sitting outside on a day like this: she wants to listen to the band playing in the indoor beer garden. From her perch in the tasting room, she can hear the band, hear Robert speak—and see the sun shining through her window. “This is the best of both worlds,” she says.

Meanwhile, outside the brewery, a trio of cyclists makes its way up Saw Mill River Road. The riders see the Captain Lawrence logo and they smile. Mission nearly accomplished. The three men, Aaron Venn and Maxx Simonet of Manhattan and Henry Barnacle of Brooklyn, made the bike trip from the city in the spring. The plan to do it again was hatched around “midnight last night,” says Henry, when the forecast called for a gem.

“This could be the last nice day, I guess,” says Aaron. “We had to get this done before the year was over.” 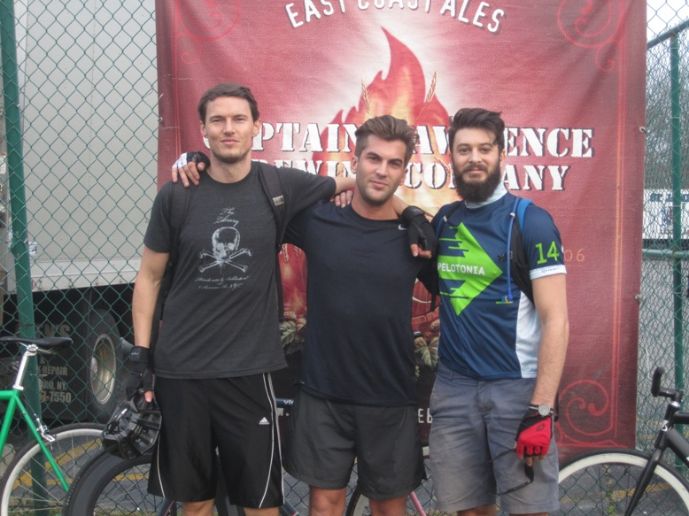