Twas a Few Days Before Christmas 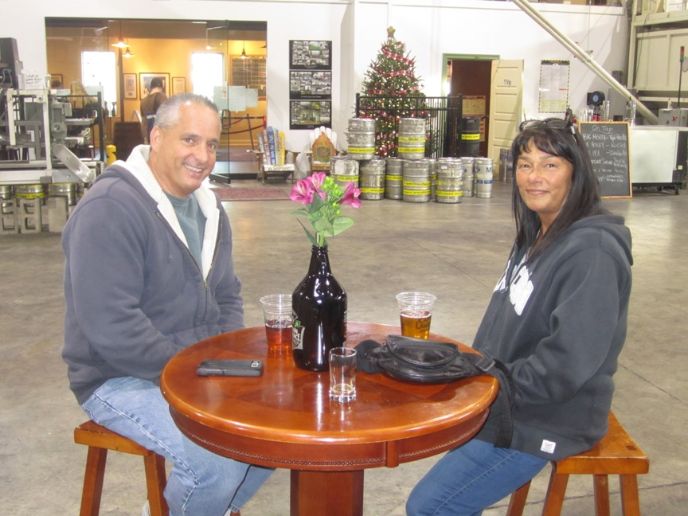 Twas a few days before Christmas, and all through the brewery

All anyone is talking about is Mother Nature’s tomfoolery.

Where is the snow, the chill, the deep freeze?

Will we ever get to bust out our skis?

Michael and Enzara Guiliano take a break from the mall

He has the Freshchester, she digs Palate Shifter

An imperial IPA so rich, you could sip from a snifter.

Of all the ales and stouts, that’s what Enzara likes best. 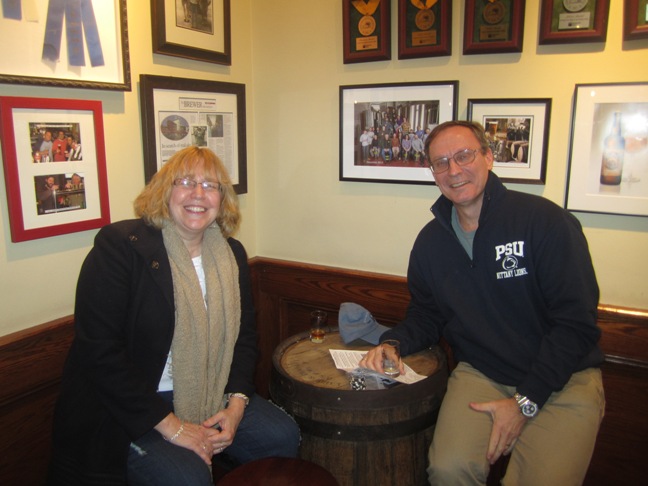 Monica and Jim Timmings of Rye stopped by for a brew.

Their kids were all busy, they had nothing to do.

She quaffs the Kolsch, he loves IPAs.

Dry hopped with fuggles, it tastes good to us Muggles.

The decorations are up, the Timmings’ shopping is done.

Except for a Captain Lawrence t-shirt for their son.

They enjoy a quiet moment, savoring those beers. 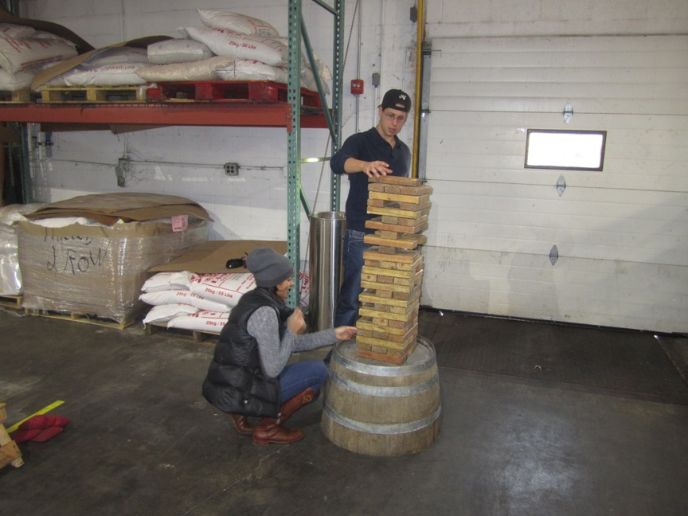 With those sky-high ceilings, it’s the opposite of loud.

Except now and then, when the giant Jenga goes BOOM!

The player’s grave error echoes around the large room.

One group graduated from Pleasantville High

They’re in town for their reunion, four girls and a guy.

All the way from South Carolina is Jessica Cacciato.

A self proclaimed microbrew aficionado.

She eyes the cornhole, says it’s so fun.

But she won’t play, doesn’t want to “embarrass anyone.” 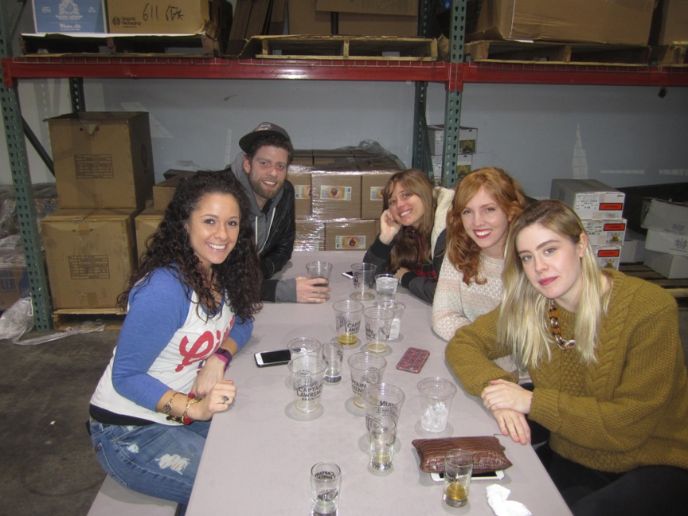 Part of their crew flew in from Santa Monica.

Darn that Adam Sandler, stealing all the rhymes for Hanukkah.

Caitlin Cullen and Ryan Artell are pleased to be back on their home coast.

As Katie Klein, up from Brooklyn, raises her glass for a toast.

Catherine McVey has lots of shopping ahead.

The prospect fills her heart with dread.

At least she has something for her boyfriend, named Reilly.

Something that will make his feet look all style-y. 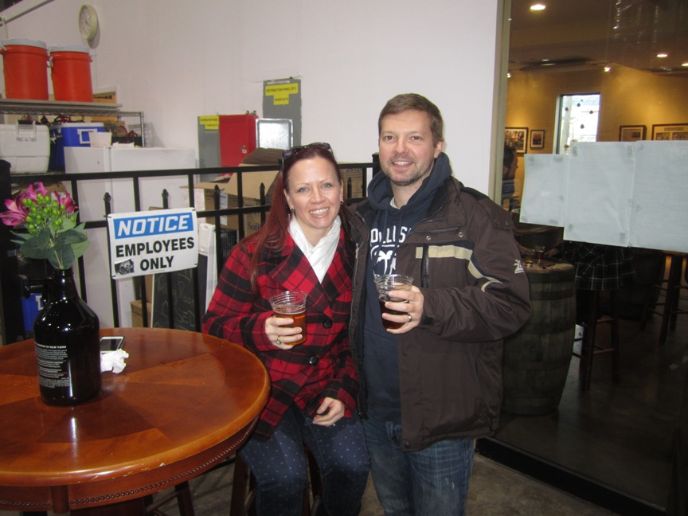 Elsewhere in the room, Kevin and Deirdre Young pull up a chair.

They drove from Vermont, heading home to Montclair.

The coffee-ish Hopsomniac is the one they are testing.

They say it doesn’t feel like Christmas with the weather so warm.

When hovering around freezing is usually the norm.

But there’s no snow, no ice, about which to fuss.

Says Deirdre of Christmas, “It will be like 72 by us.”

Fittingly, the house music plays “Wish You Were Here.”

Because this is when you catch up with loved ones for a beer.

Be it a Kolsch! A Frost Monster! The flagship Freshchester!

The beer that started it all in Westchester.

Raise a glass to friends and family and cheer.

The most important thing is just being together.

Even if something is seriously wrong with the weather.