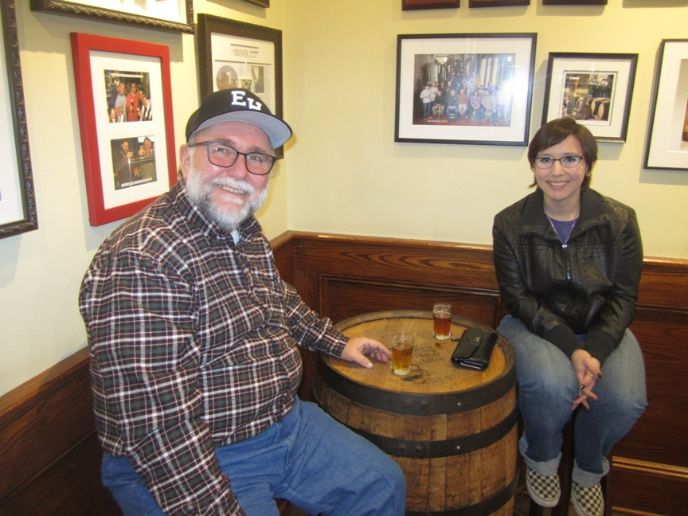 It was precisely a decade ago when Scott Vaccaro turned up at Lucy’s Bar in Pleasantville and announced he had just barreled his first keg of Freshchester Pale Ale. The owner told him to bring it on in, and a party—the first of many with Captain Lawrence beer in its midst—was hatched.

CL beertender Rob Catalano was working the bar at Lucy’s that day. “Three hours later, the keg was gone,” he recalls. “It was madness.”

Scott, Rob and Captain Lawrence celebrated 10 years of beer at, fittingly, Lucy’s Saturday night. A few hours before that, the tasting room has its own kind of celebration going on. Sal Chiavelli and Sean Sampson of Manhattan took advantage of an unseasonably warm day and rode their bikes from the city. “It’s a nice ride, the rail trail almost the entire way,” says Sean. 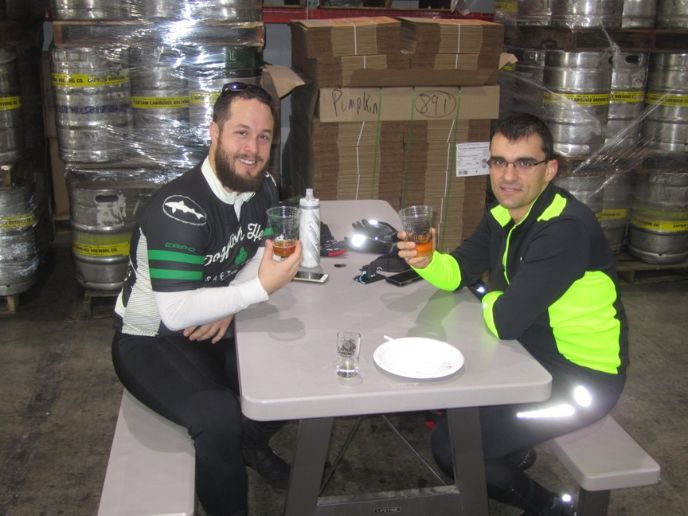 He’s got the Effortless IPA while Sal enjoys the tart, German-style Gose Before Bros. “Not too sour, nice and smooth,” he says. “This one doesn’t punch you too much.”

What were these hale fellows doing a decade ago, when Captain Lawrence tapped its first beer? Sneaking sips of Bud Light somewhere, they say. “Or whatever I could get my brother to buy for me,” says Sean with a smile.

As evidenced by a batch of bikes leaning against the beer patio railing, and the other cycles perched on the backs of cars in the lot, it’s a popular day for biking. Louis Chiodo of Garden City and Jeff Hussey of Greenwich just finished nine miles of mountain biking at Graham Hills, and are in for a “pit stop,” says Jeff. Louis, for his part, is nursing a cut on his temple. “My face hit a tree stump,” he says. “Thankfully I came out OK. The beer helps.” 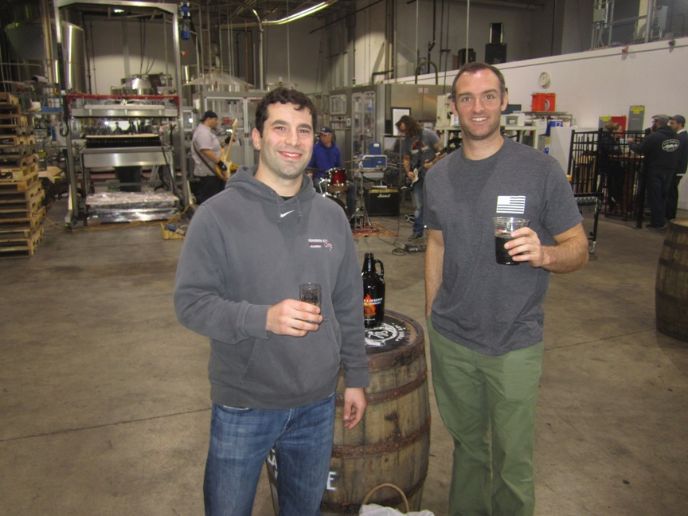 In his case, it’s a pilot system Kolsch featuring a blend of earthy English and tasty American hops. “Good flavor, clean finish and a good medium balance,” he says of the small batch selection.

Jeff, meanwhile, has the Sisters brew, a coffee porter with vanilla and cardamom that’s brewed by the Vaccaro siblings. He’s also filled up a pair of mini-growlers, with the Bedford IPA and the imperial stout Frost Monster.

A decade ago, the two were going to college and playing lacrosse—Jeff at Fairfield and Louis at Delaware. “It would’ve been winter session,” says Louis. “I was probably enjoying myself.”

The beer, they admit, would not have been all that memorable. 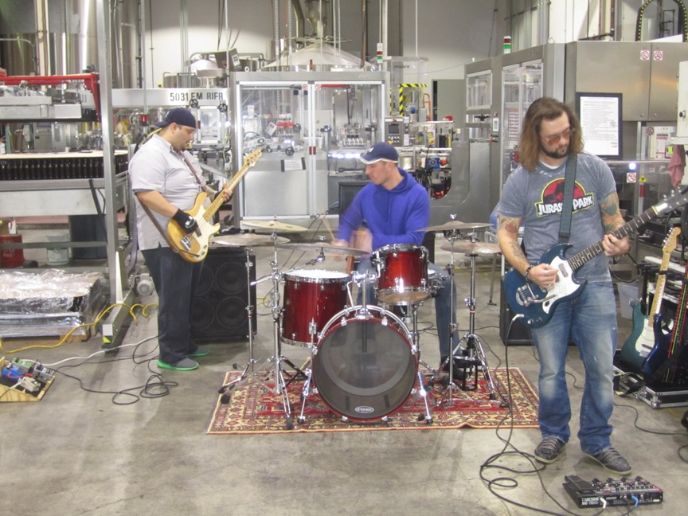 Same goes for a trio seated in the tasting room. Pratik Amin of White Plains says January 2006 likely saw him sipping a Natty Light or Miller High Life. Today, it’s the Sisters porter, while pal Steve Dettling of Queens has selected the Frost Monster with his first pick of the day. “I figured I’d start heavy and be able to appreciate it before trying too much else,” he explains of the 11% ABV brew.

Seated at a barrel nearby, the father-daughter combo of John Griffith of Easthampton, Connecticut and Victoria Cruz-Griffith are celebrating Victoria’s 26th birthday. John is psyched that Victoria opted to spend her birthday with dad. “I think it’s way cool,” he says.

He’s got the Hop Commander, but does not much go for the IPAs, preferring the Winter Ale he had before. Victoria enjoys the Freshchester—that brew that got it all started a decade ago. “Ten years is a big accomplishment,” she says.

Victoria couldn’t quite remember what she did for her 16th birthday, though a year before, a full-scale quinceanera did take place. “I was probably getting in some kind of trouble,” she says of Sweet 16.

Back at the bar, Rob Catalano takes it all in. “I never thought it would end up being this,” he says as he scans the bustling room. “I just had no idea.”