People are reading
You are at:Home»Columns»3 Mardi Gras cocktails to drink on Fat Tuesday 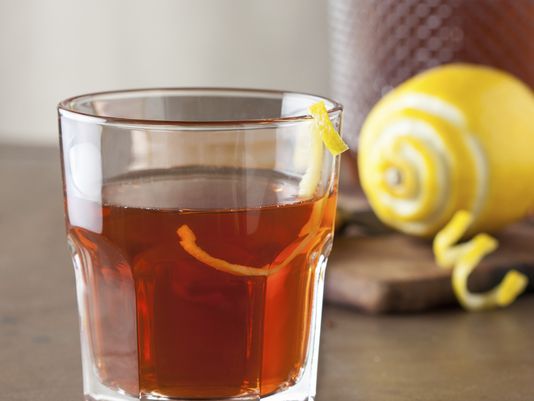 If there’s ever a time to shake a cocktail with New Orleans lineage, it’s tonight: Mardi Gras. Known in English as Fat Tuesday, it’s the last day before Lent, when Christians begin the penitent season before Easter, and there is no better place to celebrate than in New Orleans.

Trinkets, beads and music and an endless stream of costumed marching groups and float, led by make-believe royalty. Sounds like fun!

So make a big pot of gumbo, jambalaya or red beans and rice (we have recipes at lohud.com/food), and while it’s bubbling on the stove, head to the liquor cabinet. Here are a few suggestions:

Though Pimms No. 1 is a British liqueur, the Pimms Cup is the house drink at Napoleon House in the French Quarter. Here’s how I make it, usually for sipping on the porch on hot summer evenings.

Ginger ale or 7UP

Combine Pimm’s and lemon juice over ice in a high ball glass, top with ginger ale and stir gently. Garnish with a cucumber and an orange wheel. Mint doesn’t hurt, either. A few sprigs to tickle your nose.

The drink got its name from a specialty brand of Cognac, which was its original base, and became the house drink at the Sazerac House. After phylloxera destroyed French grapevines in the 1880s, bartenders switched to whiskey, most particularly rye. Recipe by David Wondrich from Esquire.com.

In an Old-Fashioned glass (not a mixing glass; it’s part of the ritual), muddle a sugar cube with a few drops of water. Add several small ice cubes and the rye whiskey, the Peychaud’s bitters, and the Angostura bitters.

Stir well and strain into a second, chilled, Old-Fashioned glass in which you have rolled around a few drops of absinthe (no substitute really works, but you can try either a mix of Pernod and green Chartreuse, or Absente) until its inside is thoroughly coated, pouring off the excess. Garnish with a twist of lemon peel (some insist that this be squeezed over the drink and discarded).

Use the good stuff, if you can find it: Van Winkle Family Reserve Rye (13 years old), or Sazerac Rye (18 years old).

Anyone who’s ever been to New Orleans has probably had a Hurricane. It’s the house drink at Pat O’s — Pat O’Brien’s, the very well known and popular French Quarter bar. This recipe, from the The Ultimate A-to-Z Bar Guide is simple, straightfoward and to the point, with just a little sweetness. It’s very close to the original daiquiri recipe.