Every now and then it’s nice to get away, right?  Especially when you’re having cold/snowy/rainy weather!

During the recent cold snap I had the fortune to be away in Las Vegas.  Yes, I know, not fair.  But I’m not here to talk about my good fortune, but about the vegan options in Las Vegas!

Las Vegas is a surprisingly vegan-friendly city.  Although you may not find something in every restaurant on the strip, you can definitely seek out great vegan food.

This was my first trip there, but I hope it won’t be my last.  I went armed with the Happy Cow app, and a list from a few online friends, but I knew where I wanted to spend most of my eating time: the restaurants of The Wynn and Encore.

All of the restaurants at The Wynn and Encore hotels have vegan options, clearly marked and loud and proud on the menu.  I had the good fortune to try most of the restaurants, and was not disappointed.  From a vegan burger, fries and a shake meal found at several of the more casual restaurants to a delightful vegetable based dish at The Wynn’s SW Steakhouse, I had options.  And they were fantastic options. 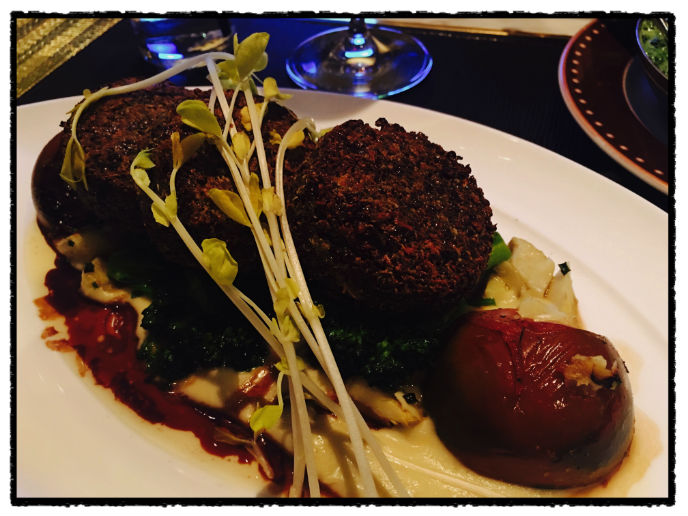 Quinoa Cakes with vegetables at the SW Steakhouse- easily part of the best meal I had in Las Vegas.

At the other end of the strip, the Shops at Mandalay Bay is home to Slice of Vegas Pizza, which also has a vegan menu.  It’s been my tradition when I visit other cities to find vegan pizza options, and I was quite pleased with what I was able to get there. 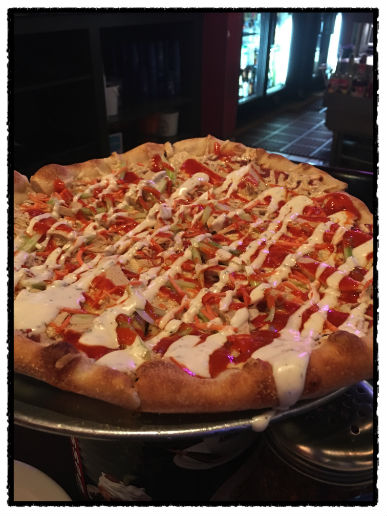 I wasn’t there long enough to try all that Las Vegas has to offer, but there are options in surprising places.  While walking through The Paris, I saw a sign for vegan chocolate tasting! 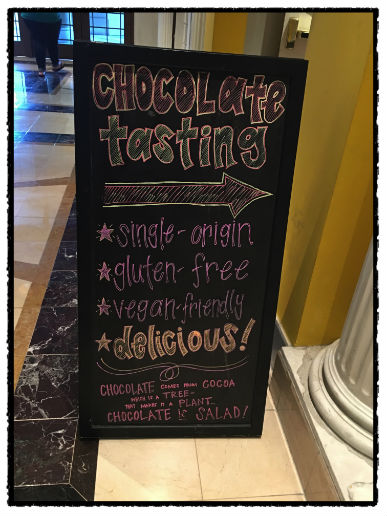 I wish I liked chocolate more!

I was there for a conference and didn’t have a lot of free time, so I mostly stuck with options on the strip, but there are also several vegan and vegan friendly restaurants in the rest of the city. From the vegan selections at Ronald’s Donuts, which sadly, closes earlier than Google advises on Sundays, to the Simply Pure vegan cafe, there is no lack of options for hungry vegans who want good food. 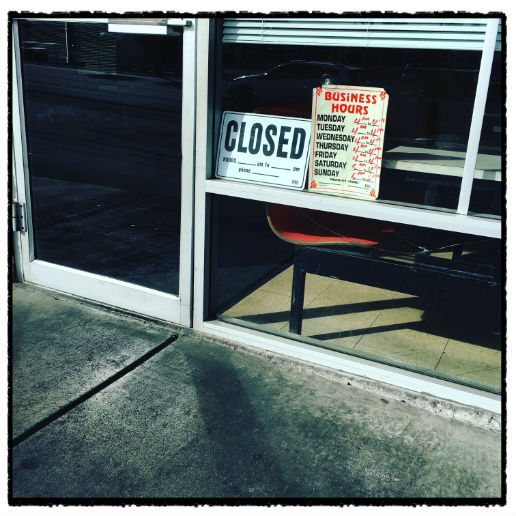 Sadly, I arrived too late and was leaving the next morning, but I would have loved to try the vegan donuts at Ronald’s!

So if you’re looking to make a quick get away while waiting for the weather to warm up here, you don’t have to worry about staying vegan on the road!