People are reading
You are at:Home»Columns»Spices and Seasons – Anglo-Indian Shepherds Pie 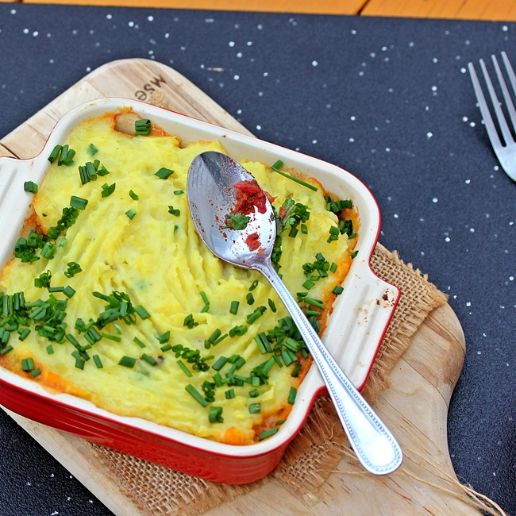 There are many fusion influences on the Indian table, including the British. India had been a British colony for over a century, resulting in a lot of cross pollination of cultural ways. Several of these find their way to the food, some of which we have accepted as staples, such as the much misunderstood curry, a spice blend that started as an attempt by British cooks to get a quick dose of Indian spices on the table. Then there are soups such as the mulligatawny which also originated from this genre of cooking. I get many students who are British/Irish expats who miss Indian food, and want to learn some of the flavors themselves. I do realize that there are differences strictly speaking between British and Irish cooking, but the Anglo-Indian repertoire does embrace both influences. For example, aside from the Shepherds pie that I will be sharing with you today, there is a version of Irish stew also popular with its share of spices and of course carrots, peas and goat meat, which folks enjoy with their share of Basmati. 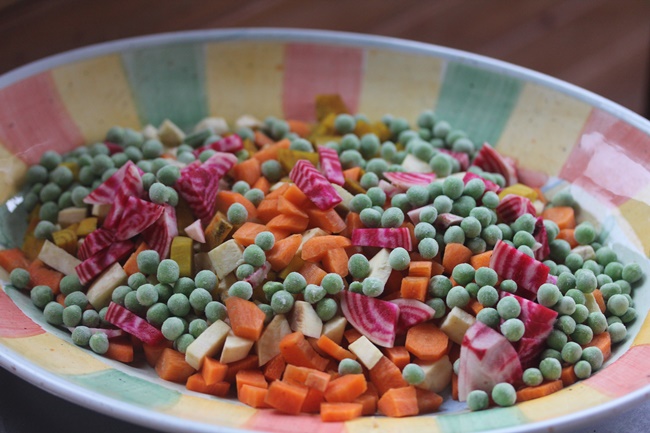 There are so really set characteristics of Anglo-Indian cooking, other than the fact that they consist of milder flavors, often include ingredients such as raisins, cream and apples and tend to have some hybrid characteristic such as a spiced roast on in today’s case a spiced casserole. Chutneys, tea cakes, and shortbreads are other shared influences to begin naming a few. It is worth also mentioning that Anglo-Indian cuisine is one of the many historical fusions that influence the Indian table, what does make this cuisine distinct is that both the countries enjoy their versions of these specialties. In fact, the person who I did get today’s recipe from talks about Sunday’s in their house being “curry day” and the preparation started early into the weekend. 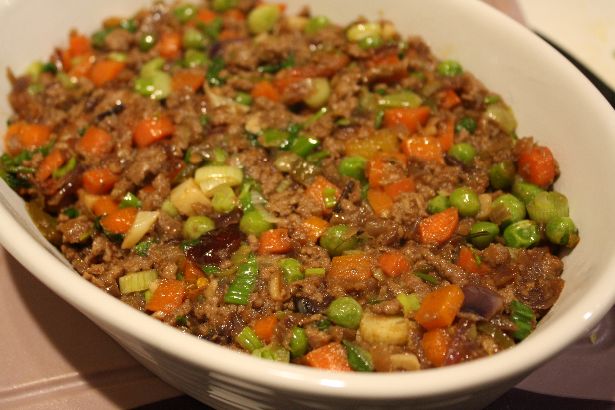 Today’s recipe, is a popular take on Shepherds Pie a dish originating from the Irish table, that at its most basic form is a baked casserole of ground lamb, covered with mashed potatoes baked until it reaches a lovely comforting consistency. There are many variations on the original, such as this one with herbed potatoes, and my recipe actually has been adapted from something that a friend of mine got from his father. My friend is half Irish, and shares my love of potatoes. Since then, I have done many variations of this and the final version is loaded with winter vegetables – beets, turnips and carrots. I have also tried a vegetarian version by subbing the meat with quinoa and chopped mushrooms. 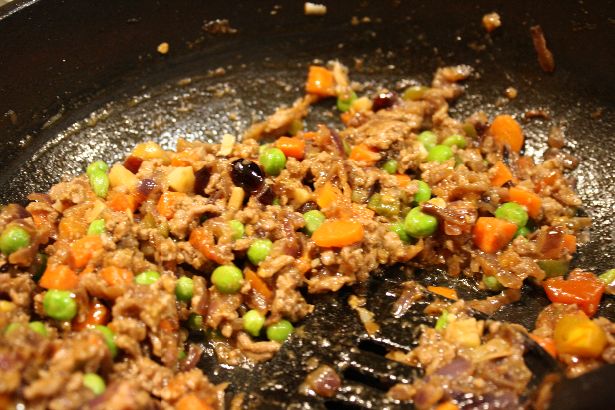 With St Patrick’s Day round the corner, I could not help cobbling up this recipe. Give this a try, it has just a few notes of flavor from cinnamon, cardamom and cloves and a lot of lovely color from the peas and carrots used here. I make this fairly often, as it makes a good one-dish meal for everyone in the family. I sometimes make the base for empanada or samosa fillings, so again like all my recipes it is very versatile.

I like to bake this until the top is just a little crusty, this is a personal preference, so if you like it smooth you can remove it earlier from the oven. This dish also makes a great kids lunch box item, that is easy to fill and eat. 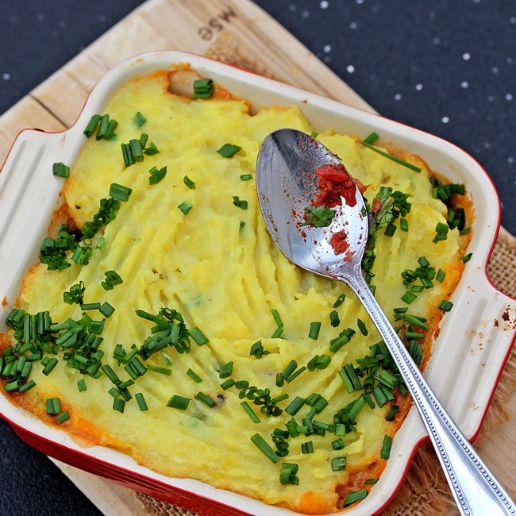 Rich smooth and seductive, this dish is perfect to lift your mood and spirits, to hear about why I made it this week, check out my post on Spice Chronicles. And if you are looking for more Irish inspiration, check out Maria’s seasonal chef post here.