Like many of its condiment cousins, this one — chimichurri — is versatile! Not unlike pesto, this basil and herb-based sauce can be a marinade,… 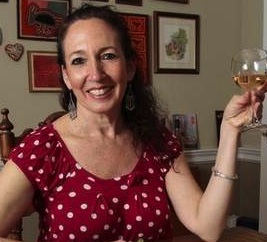 Hola! I’m so happy to be part of Small Bites, and for the opportunity to bring you tastes and tales of Latin cuisine. Maybe it…